With Treasury Wine Estates’ CEO, Michael Clarke, announcing his departure today, GlobalData’s just-drinks editor, Olly Wehring, believes a major acquisition could be in the offing before he leaves. “When Michael Clarke assumed the helm at Treasury back in early-2014, the Australian group was not in a good way. Sales were flat and the bottom-line was in the gutter. Fast forward to this year and Treasury’s sales are up double-digits and the company is awash with cash. 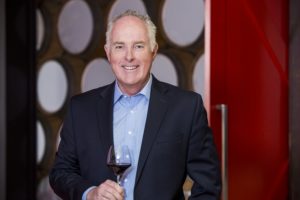 “In announcing that he will stand down as CEO in a year’s time, however, Clarke has started the clock ticking on shaping his legacy. The purchase of Diageo’s wine assets in 2016 was a bold move, though not one without its headaches – Treasury’s strategy of growing value over volume made the purchase of, among others, the Blossom Hill brand look like a curious approach. We can expect, then, that at some point in the next 12 months, Treasury will return to the mergers & acquisitions arena in a big way, before Clarke heads for the door.